Do animals go to heaven? 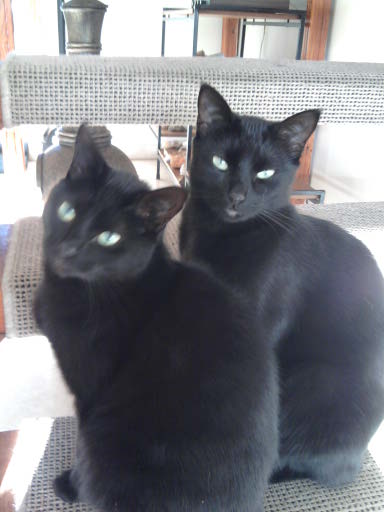 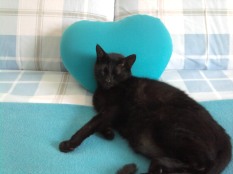 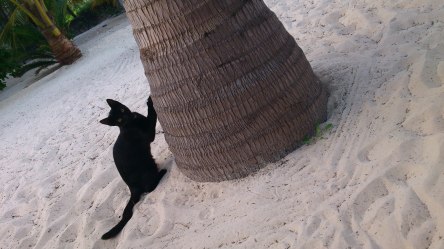 We are animal mad, and I have a dream of retiring near the sea, with a river flowing close by, next to a hill, with some majestic mountains in the distance, with at least 20 dogs, 20 cats, a milking cow, some chicken, and whatever other creatures wish to share my life.

Well, we live on a farm, I have the mighty Vaal River flowing nearby, no hills nor mountains, let alone sea.  But, we have 4 dogs, 3 cats and a beautiful giant eagle owl.

Whilst I was on my latest business trip to Cape Town recently, my darling husband built me a water feature, complete with stunning rocks he carried onto the bakkie to back-breaking point, and drove it from Marquard in the Eastern Free-State.  Upon my return, I found a note nailed to the tree saying “it is the closest I can get me to the sea” – he knows I long for the Table Bay views across to Table Mountain, the smell of the Atlantic Ocean in my nostrils and my daily walks with my dogs on the promenade at Blouberg Beachfront, come rain or shine. 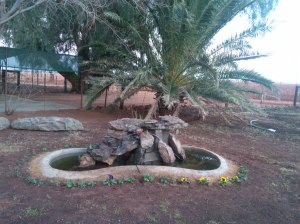 The previous time I got back to a beautiful rockery with plants, just inside my front door, specially made for my owl to live in.  It was bitterly cold at the time I went down to Cape Town, and my heart was sore to leave my owl outside.  She cannot exercise enough to create her own body warmth, so I asked for her to live indoors.  She is a huge eagle owl, with the most beautiful, soulful eyes imaginable, and loves her mom.  I cannot even talk on my cellphone with friends or family when I stand near her in the passage, without her wanting to out-talk me!!  She thinks every word I utter is to her, and she talks back with gusto.  She has learned to trust the dogs more, but is still quite skittish when the cats slink past.  I get the most affectionate gurgling sounds when I rub her head, and whereas she will tolerate Kobus, she certainly favours me.  On the odd occasion I let her out for a stroll, she unfortunately attracts muggies (small flies), that love her eyelids, and will eat it until it is a bloody mess – this I found out to my dismay when I left her to wander unattended one day.  The crows – heaven knows where they come from within minutes of letting her out, also taunt her relentlessly.  So as much as I wish I could give her more freedom, it is for her own good that she stays indoors most the time.  When Kobus went and rescued her, the monkeys were also about to tear her apart, and on the odd occasion I’ve had to chase some monkeys out of my yard as well.  You see, she got an electric shock – probably flew into a pylon, and lost one half a wing (the other is a magnificent wing, spanning at least 60 cm), and a foot.  It dried out like biltong – under different circumstances biltong is a South-African delicacy – dried-out, raw, spiced meat.

We have three cats – twin black brothers, called Mischief and Midnite.  Mischief was the bigger, more beautiful kitten with round alabaster eyes sparkling in a perfectly round little face, and his brother has striking, more upturned, almost Chinese-like eyes.  At age 3 months, Mischief climbed in under my daughter’s car’s bonnet as the took off from home, only to fall out – straight on his jaw, a few blocks further.  I happened to come driving around the corner on my way home at that time, and found a hysterical daughter, and a writhing, bloodied cat in the road.  Not sure what to do first, I grabbed the cat and left her in the road, thinking that if this cat had to die as a result of me dilly-dallying, she would never forgive me if I did not get it to the vet as soon as possible.  A huge amount of money, severe brain-damage from bleeding excessively, a clamped jaw and much praying later, the cat survived.  And he is still with us today – a bit more child-like for sure, sans teeth, so always hungry as he can only eat small bits of soft food at a time, but loving and happy.  His brother, Midnite, is now the master hunter, big and agile – and most beautiful.  He emerges around sleep time, accompanies us to the bed, and makes sure we have an uncomfortable night’s sleep most nights as he cuddles up to the point of no mobility for us!!  I have shoved him off time and time again, to now avail – he simply walks around the bed and tries his luck on the other side!

Alleycat is our farm cat – grew up with Kobus, (mine were city slickers).  When we decided to go to Zanzibar last year, we gave him away (Kobus was so heart-sore, but to cart the animals with, cost a mint).  Well, he stayed at the new owners for no more than a few hours and then walked home – across a river too!  There was no way we were then going to leave him behind, and whereas the twins went and boarded with my niece, Alleycat went with to Tanzania.  A previous post describes just how hilarious the whole thing turned out to be, as I had booked Alley and the three dogs on 1Time airline to Zanzibar.  If you have followed our story, you would know we never ended up living on Zanzibar, but instead we settled in Kigamboni, Dar es Salaam.  So we had to fetch the animals from the Zanzibar airport, get accommodation on the island for the weekend, and then return to the mainland with the Azam Ferry.  A huge commotion as the majority of the inhabitants of Zanzibar believe dogs are unholy, and therefore they do not own dogs.  To see a huge cat like Alley, and these three dogs in their kennels being carted by vehicle from the airport and then on the ferry, was certainly a novelty to them.  A lot of jostling and prodding at the animals caused me great concern, and once we got to the ferry port at Dar es Salaam, I lost my cool and told them to leave the animals alone in no uncertain terms.

Alley and the dogs were most comfortable in Dar, Alley causing us sleepless nights as he then wanted to be in our bedroom, then out.  We tried sleeping with the sliding door a bit open, but then got carried away by an army of potentially deadly malaria mosquitos.  Eventually I hung a sarong in the door-opening, which helped a bit.  And no, not even a mosquito net could keep these little bastard mozzies out – they could worm their way into the net through the tiniest of holes.  In a previous post I describe the dogs’ pastime in great detail – they got to be master crab-hole diggers and eaters.  We had delightful times with them on the beach, and we would never have survived the stay in Dar es Salaam if we did not have our animals with us.

Bonjo, my big white Labrador boy, is now aging fast – his heart and lungs slowly but surely showing signs of slowing down.  I put him in the washing basket on the back of the quad bike when I go for a ride, whilst the others run beside me.  I let him out for the last few meters home, and then put Jackie in the basket, as she too is getting older.  The young ones, Whiskey, our Scottish Terrier of 4 years old, and the latest addition to the family, Buster – a cross between a Labrador and a Shar Pei, both black, can still run like the wind.  Buster was found in the field about three months ago, emaciated, dehydrated and scared after being ensnared.  At first the founder wanted to shoot him, but for some or other reason, he first phoned Kobus, who of course told him to bring the dog home.  It took me a good two washes to get him to look somewhat cleaner, a lot of TLC and caring for his wounds, and today he is just the most beautiful, well-behaved, thankful follower one could hope for.

They all get a rusk when Kobus eats his morning coffee with rusks every day, they get their walk every day, they lie around us at night when we watch telly, they are fiercely protective of us, they play up a storm – even the older ones join in, and it is a delight to see how gentle the young ones are towards the older ones, and they get a ride on dad’s bakkie when he goes for inspection of the camps over weekends.  Spoilt?  Yes.  Loved?  Very much?  Are they worth it?  A million, trillion times over.  Do they understand when we talk to them – definitely.  Do their eyes tell us stories all the time? – for sure.  Do they have souls? – no doubt at all!  Will I see them in heaven one day – I pray to God I will.

Fell in love again at age 50! And followed my man to Zanzibar, for him to set up a dairy farm. I managed to travel into Africa a few times in my life, always loving it and experience the "fever" that grips you on African soil - the one that especially the Europeans now and in years gone by, suffer from. Except I am an African by birth - a South African. A Mzungu.So I discovered at this late stage in my life (not that I feel old!) that some people find my babblings about life interesting, and I quote: "live their lives vicariously through me".
View all posts by suletta →
This entry was posted in Cape Town, Dar es Salaam, Ferries, Love and Life, Nature, South Africa, Zanzibar and tagged Capetown, Dar, Dar es Salaam, Kigamboni, Salaam, Tanzania, Vaal River, Zanzibar. Bookmark the permalink.

5 Responses to Do animals go to heaven?